Which Clothing Store Is Going Out Of Business Due To COVID-19? 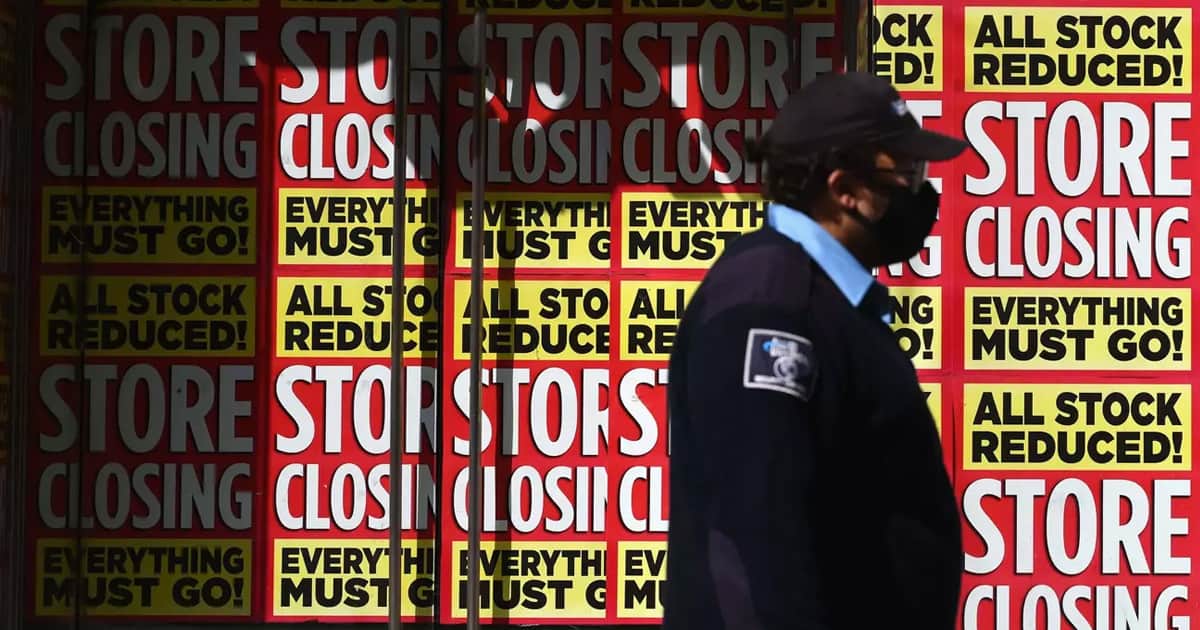 The global pandemic impact on the fashion industry is still ongoing in 2021. Many people said that business will never be the same as many stores are unable to come back after a long lockdown. Here’s the list of going out of business clothing stores that we have collected for you!

Is Lord & Taylor going out of business?

Lord & Taylor was one of the oldest department stores in the USA. Even though they have been around for nearly 200 years, Lord & Taylor couldn’t avoid the economic downturn brought on by the pandemic. After filing for Chapter 11 bankruptcy in early August 2020, the company would close all 38 of its remaining stores and its online platform. Don't forget to get the best Lord & Taylor discount codes and deals when you are shopping on their website! 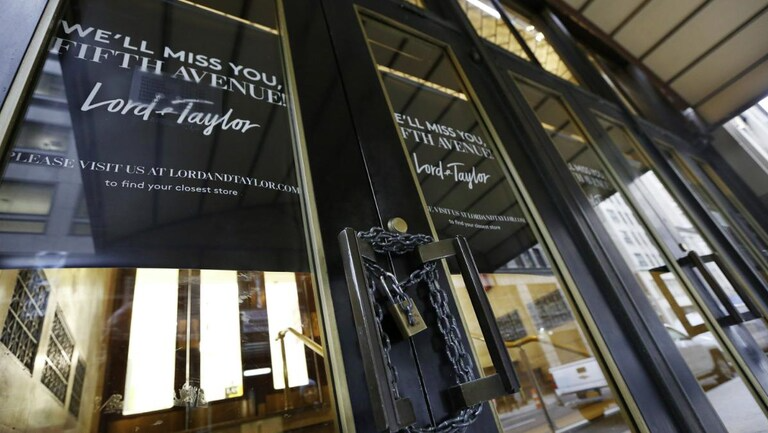 Lord & Taylor couldn’t avoid the economic downturn brought on by the pandemic.

>>> Check out our list of going out of business retail stores HERE!

What happened to Brook Brothers?

Brook Brothers is the oldest clothing retailer in the United States that was founded in 1818 as a family business. Brook Brothers offers clothing for men, women, and children as well as home furnishings. As a result of the pandemic shutdown and low online sales, the company filed for Chapter 11 bankruptcy protection in July 2020. After that, it was sold for $325 to Simon Property Group and Authentic Brands Group. 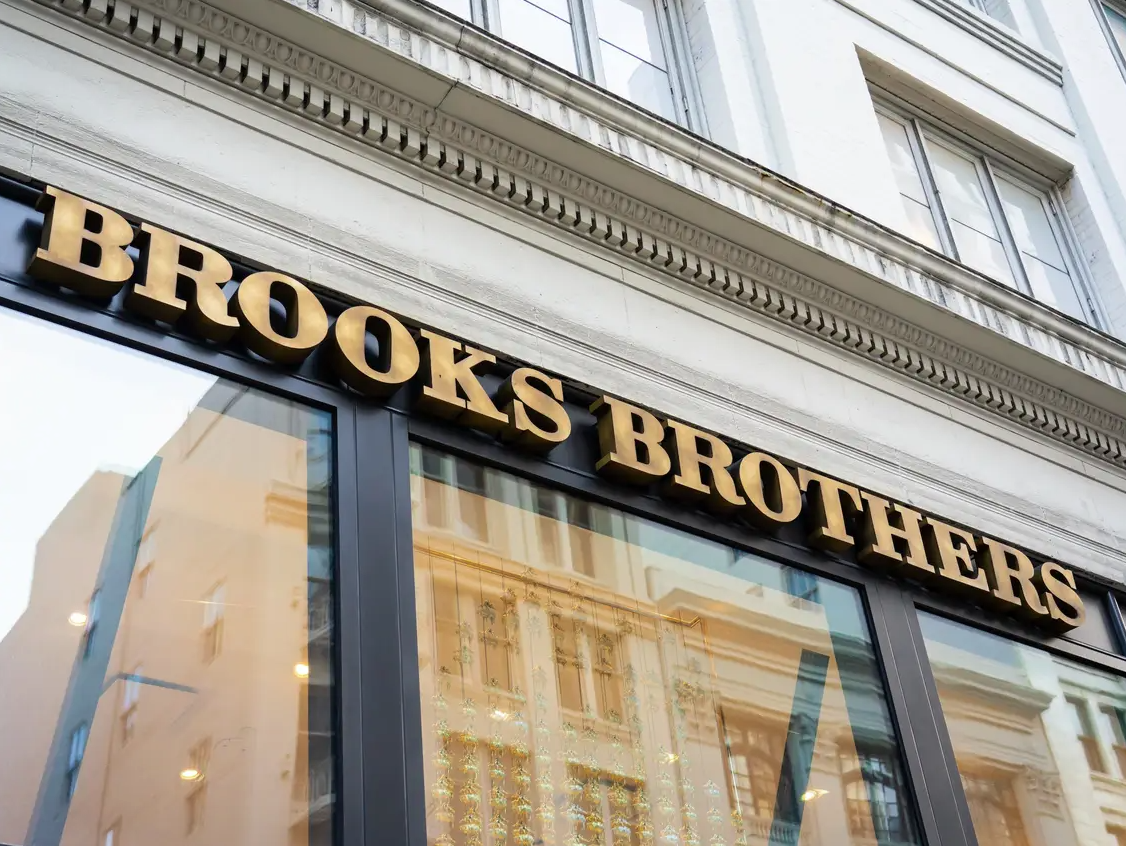 Is JCPenney going out of business?

JCPenney has survived through wars, however, to get through the coronavirus pandemic is very much in doubt. JCPenney has soon become a victim of the COVID-19 crisis after struggling to keep its door open.
In May 2020, the company filed for bankruptcy. Still, this doesn’t mean that JCPenney is going out of business. The company’s representative said that they will continue operating throughout the bankruptcy, but expects to close about 30% of its 800+ U.S stores. 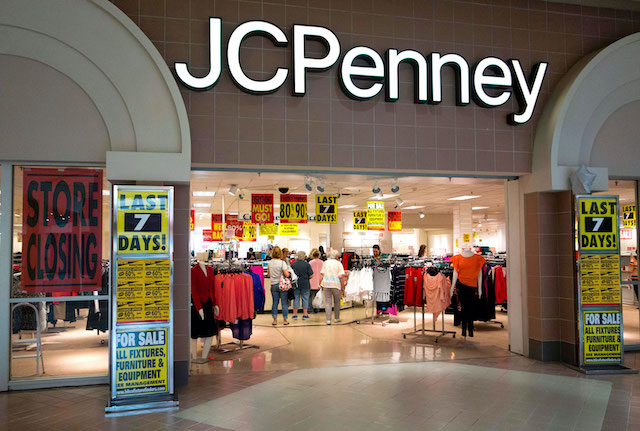 JCPenney has survived through wars, however, to get through the coronavirus pandemic is very much in doubt.

Is J.Crew going out of business?

J.Crew is an American-based retailer that offers apparel and accessories with more than 500 locations (including all stores, factories, and outlet locations). In May 2020, J.Crew became the first American retailer to file bankruptcy. 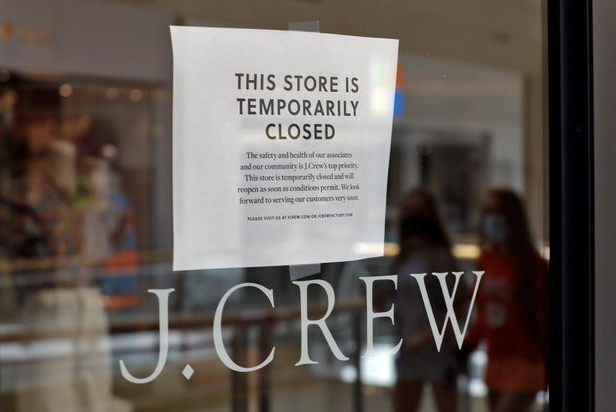 In May 2020, J.Crew became the first American retailer to file bankruptcy.

But this doesn’t mean that they are going out of business. In September 2020, J.Crew claimed that they had emerged from bankruptcy with a lighter debt load and “well-positioned for long-term growth”. J.Crew also offers exclusive deals and discount codes to celebrate their comeback, don't forget to check them out!

>>> Here's the latest list of going out of business furniture stores in 2021!

Stein Mart is an American department store chain that was founded in 1908. As of 2019, Stein Mart operates more than 280 locations in 30 states. However, the virus pandemic has made it difficult for the company to carry on. 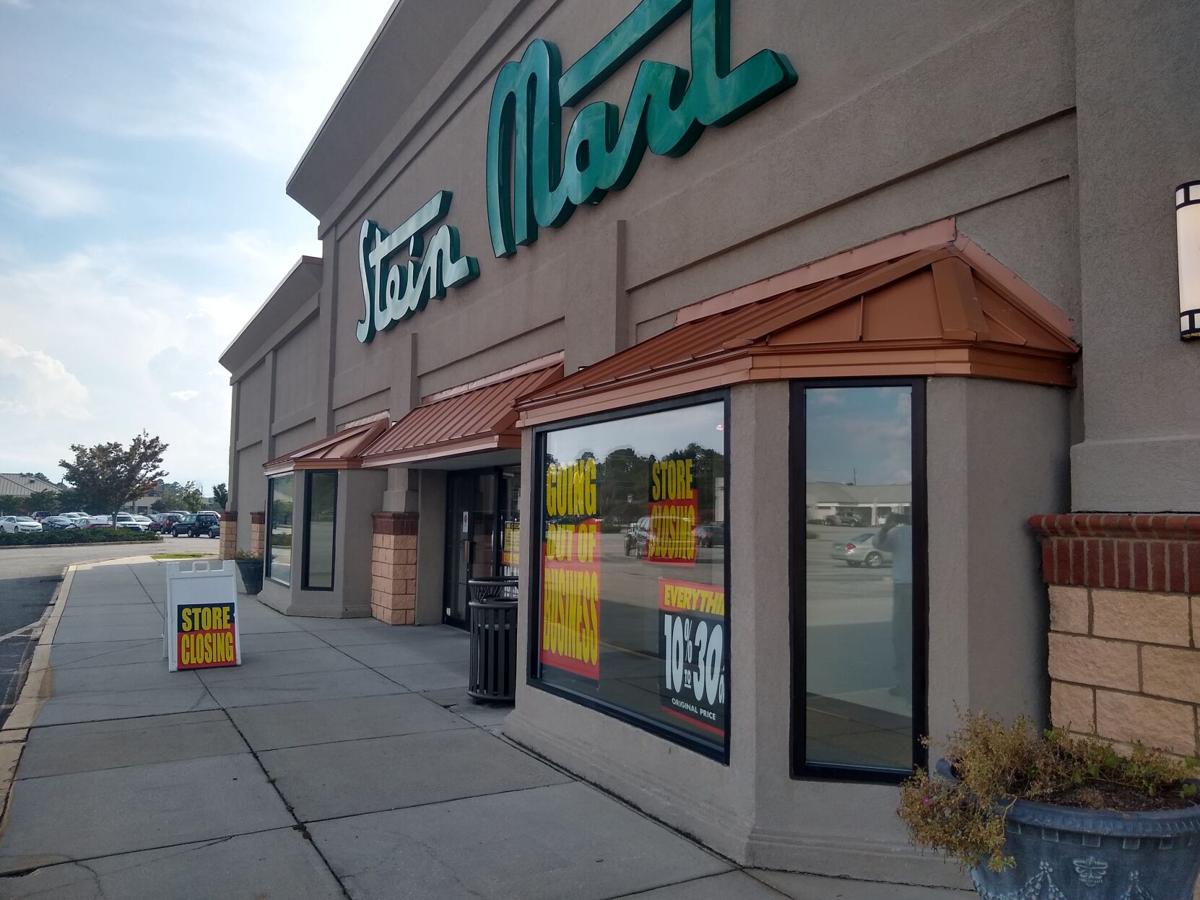 The virus pandemic has made it difficult for Stein Mart to carry on.

In August 2020, Stein Mart filed for Chapter 11 bankruptcy protection with nearly $200 million in debt. The company also announced that they would be permanently closing most of their stores as they wrap up going-out-of-business sales.

Is Century 21 going out of business?

Century 21 is an American-based chain of department stores with 13 locations in the northeastern United States. The company was founded in 1961 by Ralph Gindi and later expanded in 2016. While retailers have suffered greatly due to COVID-19, Century 21 is no exception. 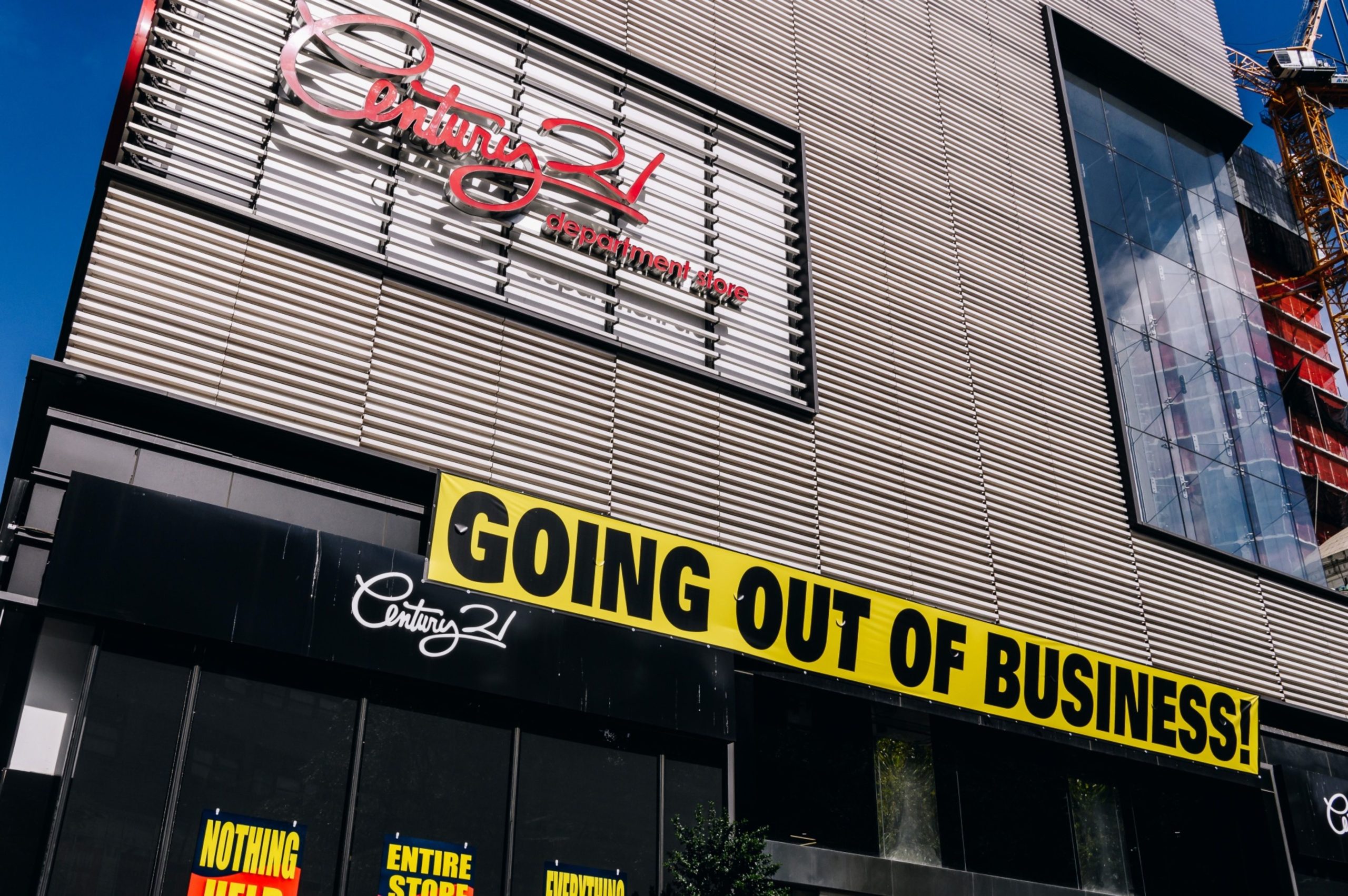 While retailers have suffered greatly due to COVID-19, Century 21 is no exception.

In September 2020, the company announced that they had filed for Chapter 11 bankruptcy and would be permanently closing all its locations. However, in February 2021, the company released a statement, saying that they will be reopening stores shortly.

Why does Macy’s close a lot of its stores?

Macy’s is an American-based department store chain founded in 1858 by Rowland Hussey Macy. While other well-known companies have filed for bankruptcy protection during the COVID-19 crisis, Macy's dodges bankruptcy by securing $4.5 billion in financing. Macy’s CEO Jeff Gennette said that one-fifth of the company’s department stores will be gone within three years. 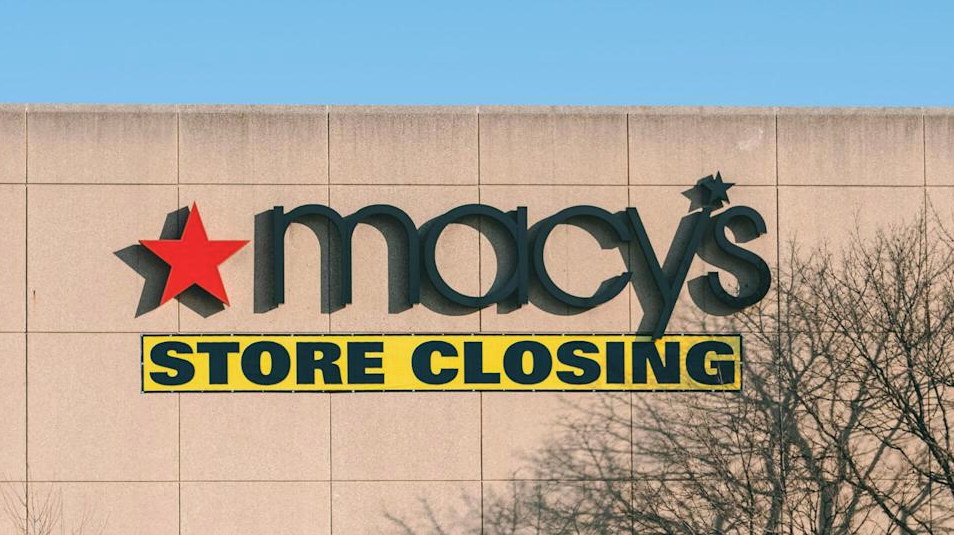 Macy’s CEO Jeff Gennette said that 20% of the company’s department stores will be gone within three years.

They planned to focus on investing in the best malls across the USA and grow off-mall. Their digital platform is still remaining as strong as ever. The brand also offers hundreds of coupons and discount codes for their online customers from time to time.

Is Neiman Marcus going out of business?

Neiman Marcus is an American chain of luxury department stores owned by the Neiman Marcus Group. In May 2020, the company filed for bankruptcy and announced that they would be closing 7 full-line stores and most of their Last Call off-price stores. 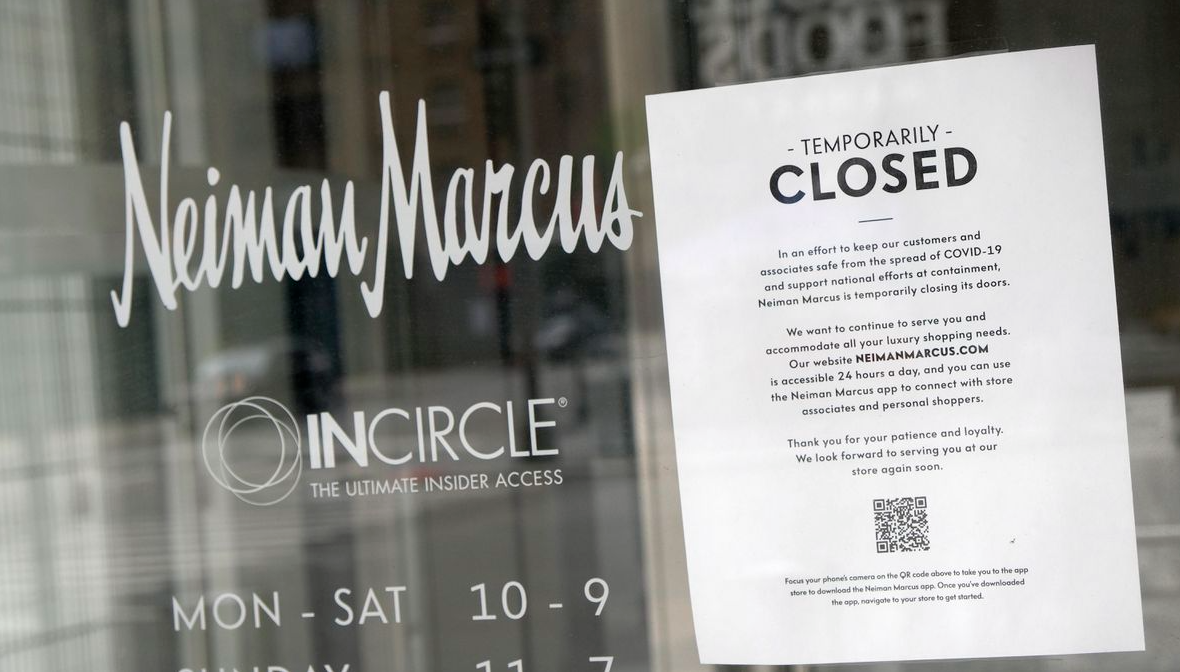 In May 2020, Neiman Marcus filed for bankruptcy.

However, in September 2020, the company said that it has completed its Chapter 11 bankruptcy protection and planned to make a comeback in 2021.

>>> Check out our list of going out of business gyms HERE!

During the COVID-19 lockdown, many clothing stores have filed for bankruptcy and been put out of business. To keep yourself updated on whether your beloved clothing stores are going out of business or not, you can sign up for your email address here. Our team will make sure to inform you of the latest news along with popular restaurants’ deals and promotions. 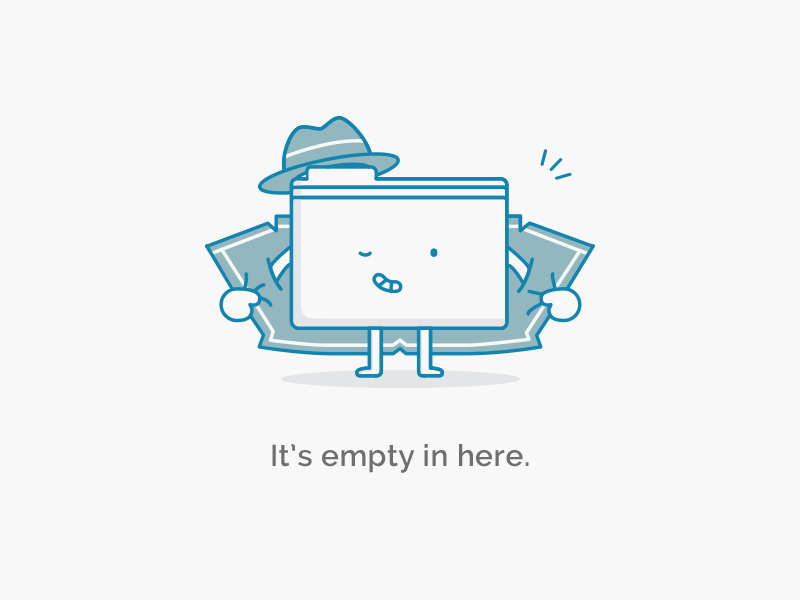 Audrey is a dog-lover and food enthusiast. As a Gen Z, Audrey explores the world through her laptop screen, watching movies until 4 AM in the morning while eating her favorite ice cream. She also loves finding the coolest new stuff, that is why she stays up-to-date on everything. When she is not spending time looking for the best deals on the internet, you can find her buying new T-shirts for her dog or hanging out with her friends in their favorite coffee shop.